In 2008, Professors James Hitchmough and Nigel Dunnett of the Department of Landscape, University of Sheffield were appointed as principal horticultural and planting design consultants for what is now known as the Queen Elizabeth Olympic Park, working with LDA/Hargreaves.

This invitation to join the design team came as a result of their internationally recognised research programmes in urban public planting and their track record in delivering innovative, dramatic and simple to maintain landscapes with high biodiversity value.

The whole site planting strategy developed concepts and proposals for detailed herbaceous vegetation within the park. Key objectives were delivering biodiversity and sustainability packaged with an outstanding aesthetic experience. As the largest new urban park to be developed in Europe for 150 years, the Queen Elizabeth Olympic Park had the ambitious long-term vision to transform a high-profile event site into a regional park catering for local communities. The year of the 2012 Games was the prime focus for implementation, followed by a transformation phase in 2012-2014 for conversion of the Park for public use. Read a 2017 update on management and maintenance at Queen Elizabeth Olympic Park.

The South Park has a more urban character and includes the London Stadium. Plantings in South Park focus on visual drama with a strong horticultural basis. They include the 2012 Gardens, Display Meadows and the ‘Fantasticology’ art installation. The design philosophy behind the flowering meadows at Queen Elizabeth Olympic Park is described in James Hitchmough’s book, Sowing Beauty, published by Timber Press. 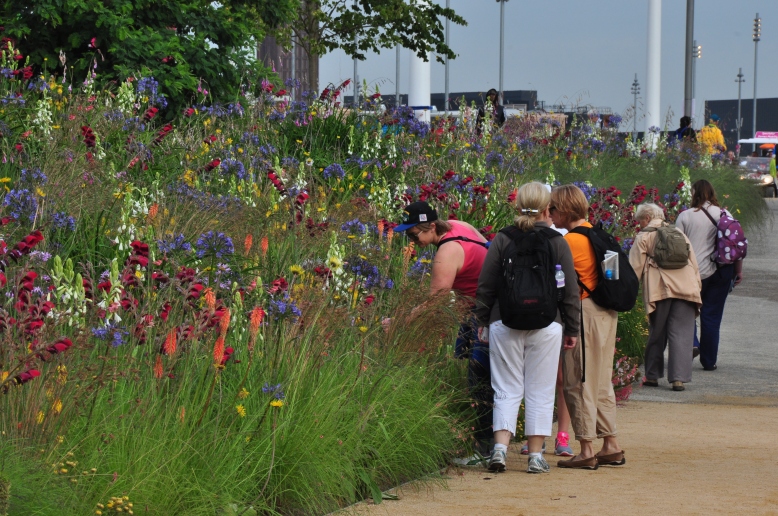 Canal Park also makes up another area of the Park estate that covers approximately 1.2km of linear parkland along the Lee Navigation Canal.